My late husband and I built a house in the N. Georgia Mountains.  We would soon learn red-neck law.  Rumors were that the sheriff was paid off by the drug dealers who dropped canisters of drugs from planes in fields, and if a canister broke open and a few cows died…..oh, well…..  The local restaurant menu offered local statistics including the fact that there were no blacks in the county.

Another sub-group the red-necks discriminated against were the Atlanta folk migrating to the county for fresh air, the scenery and less crowding.  Just as some Texans hate the blasted thinking, weird Austin-ites, people in this Georgia county hated everything about people from Atlanta.  Local thieves broke into Atlanta migrant homes on a regular basis.  Although law enforcement knew who the thieves were, they chose to ignore the thefts.  Atlanta folk were fair game.  The thieves eventually made the mistake of breaking into the home of local, retired teachers and were arrested immediately.

I decided to stay alone in the mountain home during the week with my German shepherd and rifle to save our home from damage or theft.   We continued to work on the finishing details of our home on weekends.

With a shopping list for lumber, nails and other building items, one Monday morning I left home in my pick-up truck, the dog riding shotgun beside me.  We had worked hard all weekend and I was exhausted.  Apparently, I fell asleep.  All of a sudden I felt a steep decline into a deep ditch on the left side of the road.  Weeds whizzed by my window.

Brakes applied.  A sudden stop.  The dog who had been thrown against the dash was peeved.  I tried my door and it opened enough that I could squeeze through.  The dog refused to exit with the woman who was responsible for his discomfort.  I feared copperheads and had not worn boots.  I climbed the steep embankment and would realize later that my concern should have been for all the chigger bites.

While building our home we had used some day labor from the minimum security prison.  In the approaching truck on the lonely country road were one of the prisoners we had hired, a second prisoner and a pig in the truck bed that was going to the processing plant run by a local Baptist minister.  I climbed into that truck with two prisoners and a pig.

The self-proclaimed Baptist minister, as found in little Baptist Churches on every corner in Georgia, was kind.  I called my husband and a tow truck to pull me out of the ditch.

The tow truck broke two chains trying to pull my truck out of the ditch.  The top of the truck was even with the road surface and wedged into the red clay.  At last the truck was free, but a tire was flat.

Then a Barney Fife character arrived.  He flashed the lights on his patrol car and strutted towards me, an Atlanta woman despised by all good red-necks.  The prisoners and Baptist minister left me alone with the deputy.  After getting my ID and my story of the accident, he told me I had broken the law by moving the vehicle.  I could be put in jail and furthermore would not be able to collect insurance on the accident.  He spent a great deal of time berating me for my failures.

After he left, I sat on my tailgate and had a good cry.  I had escaped death in the accident, ridden with prisoners and a pig and was going to jail.  The total lack of empathy for me, my health and my helplessness in that moment was lost on the deputy who had all the power.

I did not go to jail.  I did collect my insurance for the accident.

I have thought about my helplessness after my accident as I witnessed abuse by the police against our black citizens, a 75-year old man pushed to the ground and left bleeding, and media deliberately pelted by rubber bullets and tear gassed.

My story does not compare to that of systemic racism and death by bad policemen.  At the same time, I have seen firsthand what is happening in our court systems today and the arrogance of policing.

I hope we will not do away with good public servants who police our streets, but will reduce their numbers in favor of more community advocates working with people in trouble.  Laws probably need updating.  More importantly hearts and heads need changing.

Standard
This morning while texting back and forth with my Shipt shopper at HEB, Ken (my husband) came into my office. He said, “Look on the bright side. You have not lost me in the grocery store in two months.”
I shared the story with my shopper and told her, “Don’t bring anyone else’s husband to my door. One is enough!”
Times have changed. This memory has been repeated many times since we married. Ken is wandering up and down the aisles and talking to every HEB employee as he looks for his favorite brand of salsa. Meanwhile in front of checkout, with a full grocery cart and ice cream melting, I try to call him. No answer. His phone is still on do-not-disturb from the previous night. 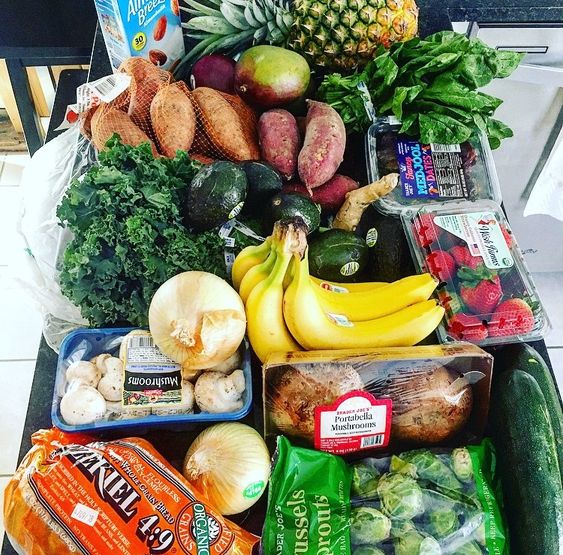 Ken and I were in the car talking rather than moving up, out and toward our hair appointments. Because part of my defensive driving plan as I age is to pull through parking spaces so I will have a clear view when I exit, we had the perfect sight line to observe a speeding car travel catawampus across the parking lot. The dark blue SUV landed cross-way over three parking spots directly across from us.

Ken laughed more at my reaction than at the woman clearly breaking the drive-slowly-so-you-do-not-mow-down-a-pedestrian rules.

We watched a middle-aged woman step out of her car in a black, tight, yoga-type outfit. Fancy cut-outs near the hem of the Capri-length pants pulled our eyes away from her mane flying freely.

The lady moved quickly to the island between the parking area and the main pathway leading to HEB.  Ballet lessons in her past were doubtful as she teetered on tip-toe, reached up and broke off a small branch of lavender crepe myrtle.

Her beneficence self-produced enough blooms to fully fill a large vase. Smart. If the plan is to steal flowers from a park or parking lot tree, why not take a generous arrangement?

The panther smelled the crepe myrtle and her face softened. I could see the pride she felt holding her prize.

When she returned to her car, she saw us – the old people watching her illegally park, vandalize a crepe myrtle and escape with her haul.

Her smile invited me to be a coconspirator – to revere nature and beauty, to live as an adventurer, and to be empathetic to her need for smell, sight, touch, and all the sensory experiences innate in each petal. The thief and I – kindred spirits.

Married for about three months, Ken and I allowed the stress to rise as we packed for a trip to Kansas. Between Ken’s compulsive need to pack everything neatly rolled and lined strategically in each suitcase and my strong desire to organize and complete the task before I died of old age, the loading of the car was a major challenge. Although I am a tough, independent woman, I allowed him to refuse the use of my garment bag the previous trip; so I fussed as I folded my clothes with the knowledge they would be hopelessly wrinkled at our destination.

Weary from our struggle over clothes and luggage, we had a difficult first day on the road.

Our first hotel morning I woke up to find Ken on the edge of the bed. He said, “I think I need to see a doctor.”

I immediately thought of chest pains or a stroke. Should I call 9-1-1 and ask questions later?

Relieved that we were not calling 9-1-1, I asked why he could not sleep. I have accused him having the princess(prince)-with-a-pea-under-her(his)-mattress syndrome.

Ken said he had a paper cut from opening the mail he had picked up from his daughter.

I began to giggle.

Then he said, “I was up looking through the toiletries bag for anti-itch cream and antibiotic ointment….”

Now my laughter is rocking the bed.

He adds, “…and I could not find the bandages.”

I made the snorting noise that embarrassed me. I am out of control.

Finally, to make his misery more clear to me, he says, “And you did not help by getting out of bed to walk off the leg cramp.”

“I drove eleven hours yesterday,” I defend myself through tears and laughter.

He has the last word, “Well, my throat is sore because I talked for eleven hours yesterday!”

God help me, I love this retired LtC and his good, compulsive heart. Just call me Mrs. Monk.

I was dressing for a date with Ken when I felt a sharp sting on my upper hip. How a wasp found his way into my bedroom will forever be a mystery. I screamed, interrupting the electrical current to the fan lights and cracking a glass on the nightstand. When the wasp flew into the bathroom, I slammed the door behind him. I felt great relief in the restored safety of my bedroom. Ken arrived and I handed him a flyswatter. He killed the beast I knew was bigger than the proverbial bread box. My hero!

I just walked through the living room to the background noise of a basketball game.  Beside my reclining husband on the table I drenched in polyurethane to accommodate his known, bachelor-days habits were a half dozen spoons used for sugar free puddings and yogurt.

“Collecting spoons?” I asked.  “Everyone needs a hobby.”

I took my glass to the kitchen, rinsed it and left it in the sink.  I should have retrieved his spoons.  In the existential, I made a conscious decision not to be a type-A freak and I let it go.

Bob gave me his I-may-not-put-my-spoons-in-the-sink-but-you-DO-love-me-just-as-I-am smile.  When I neared his chair, he reached out and took my hand in passing.  “Your hands are cold.”

Always with the cliché, I responded, “Cold hands, warm heart.”

Bob said, “I thought that was cold nose, warm heart.”  He loves dogs, so I guess that works, too.

Now in my office, I feel happy.  The ordinary days of our lives are so rich.